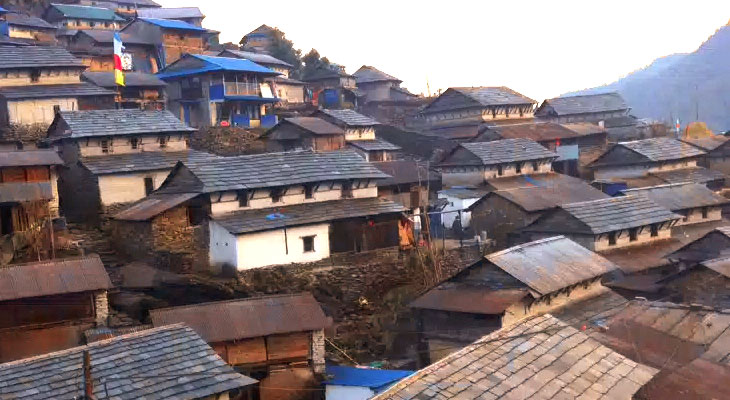 Sikles village trek is among the easy trekking destinations. It is very tranquil and new. However, it is slowly becoming the hot prospect of Nepalese Tourism. The trail is within the most classical region of Annapurna. Sikles is a village located on the hilltop above Madi Khola parallel to Annapurna I (8,091 m), at an elevation of (1,980 m). The Sikles village trek is predominantly the home of the indigenous community of Gurungs alike the entire region. In Sikles you live like a local, eat like a local and sleep like a local.

The village is among the very few villages which practice Eco-Tourism. Clean rooms in the locally built mud and stone huts, fresh meals of Daal Bhat made out of fresh local produce and warm hospitality are the Tourism heritage of the Sikles village trek. Travelers across the globe might seek high-end service throughout the trek. However, it is all about being a part of the native community. It might lack high-end service but makes it up with world-class hospitality.

Furthermore, the Sikles trail encompassed in and out through the forest of the beautiful national flower, Rhododendron, which crafts an attractive dwelling for a different mixture of birds. This virgin destination for short treks in Nepal is now slowly picking up as a bird lovers hub as well. Book this trek with Karma Eco Adventure Nepal and explore the wilderness culture of Sikles Village !!!

Thank you for choosing Sikles trek with Ghale Gaun as your next adventure destination! On this day you arrive to Kathmandu and we transfer you to your accommodation. You rest and rejuvenate for days to come. You can as well explore the surrounding and get to know a little about the country and culture.

You will meet your trek leader on this day and he would brief you about trekking in Nepal and your chosen destination. Meanwhile, the back office staff will prepare all required permits for your trekking. later in the day, you will do the last minute shopping for your trekking along with your guide. While our back office staff get ready preparing permits from the government offices, our guides help you get acquainted with the country by taking you to the most happening market in Kathmandu.

On this day we have our breakfast by 6:00 a.m. in the morning and head towards tourist Bus Park at Thamel and board a tourist bus to Pokhara. The bus ride will take around 7 hours through curvy roads of hilly terrain with couple of breaks in between for snacks and lunch. The drive to Pokhara on one of the major highways is exhilarating with beautiful views of never leaving tributaries, lush green hills and roadside settlements.

We hop on a bus early morning and head towards Kalikasthan. Normally a private vehicle would take around an hour, whereas a bus would take half an hour in addition. The first part of the ride is on National highway and until Vijaypur and from vijaypur we embark on the road to Kalikasthan. 90{0d1d47b65a29513fff4dbd4e6e187d6b2799738290866d5c805b05473edfb326} of the bus ride is on blacktopped road. From Kalikasthan we officially begin our Sikles Ghale Gaun tour on foot. We make a short climb to Campsite of Kalikasthan. We further head up to Lamakhet via trails that makes its way through the extended terrace farms. We often come across the jeep track recently opened on the ridge of Kalikasthan. The trail is rather flat and isn’t much demanding but however we climb all the way to Mardi Khola in the beginning and walk along the river on flatter trail all the way to Lamakhet. We spend overnight in Lamakhet.

From Lamakhet the trail is very flat and only in couple of places it inclines gradually until we reach Khilan Gaun and Madi Khola. Madi Khola is a site to watch, as one can see kingfishers and other birds in abundance, trying to make the catch of the day. Once we cross Madi Khola the trail gets a little tough and it gets more steeper and only uphill and until we reach the village of Sikles. It takes around 6 hours for us to reach Sikles from Lamakhet. Overnight in Sikles village.

Sikles village is one of the largest and oldest ethnic village in the region and deserves an additional day for excursion. We start early in the morning by heading towards a close viewpoint famous as Tara hilltop and it takes around 4 hours to reach there. The entire trail is uphill and through a very dense forest. You will come across countless species of birds, whereas langur monkeys are common sightings. The trail is accompanied by monsoon streams at the time of year. After spending sometime at the viewpoint we will follow the same route back to Sikles and spend another night in here.

We begin on single track immediately out of Tangtung and all the way to Chansu. The trail is more flatter and is easy downtrack. From Chansu we walk on jeep all the way to Sabi, for around half an hour. In between we as well meet some small patches of forest. From Sabi we start climbing for around another 2 hours until we arrive Yanjakot. We call it a day in Yanjakot.

We begin downhill from Yanjakot and all the way to Bhaise. The downhill is rather gradual than knee hurting. We make our way through small patches of forest, some terrace farms and small houses very often. Once we reach Bhaise we climb for one last time until Kalikasthan ridge, from where we board a vehicle to Pokhara.

The bus ride takes around 7 hours to Kathmandu. The bus traverses through beautiful lush green hills and views of mountains (only in season). Once we reach Kathmandu we transfer you to your accommodation and hence officially come to the end of sikles trek.

We drop you as per our commitment in international airport. 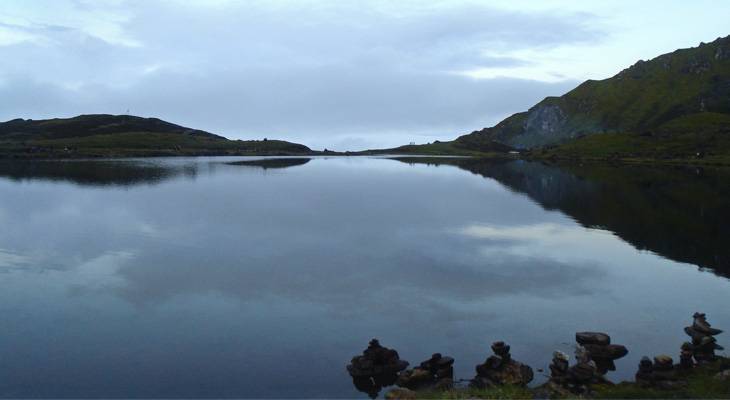 Nepal is home to diverse communities and natural wonders. Even more, the country is full of
Trip Details 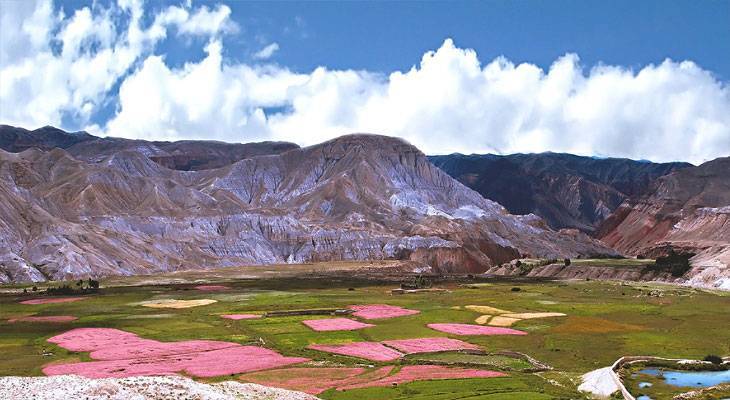 The land of Lomanthang Trek (Upper Mustang) is often compared with Shangri La, a mythical kingdom that
Trip Details 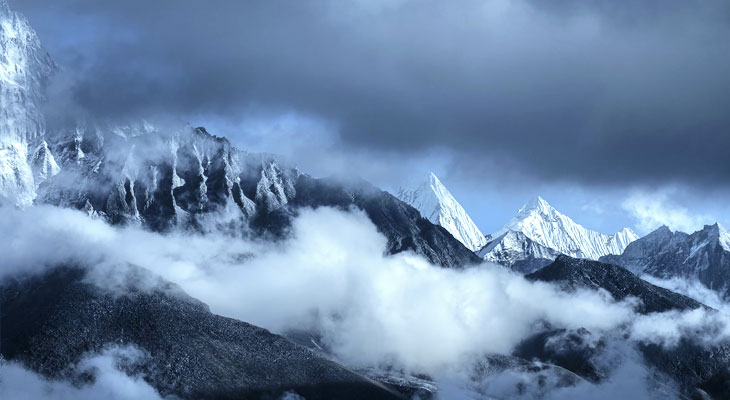 Short Pikey Peak Trek in Nepal is off the beaten lower Khumbu trekking trail. This is
Trip Details

The short Annapurna Circuit Trek in Nepal is the most beautiful long detour. It is full of
Trip Details 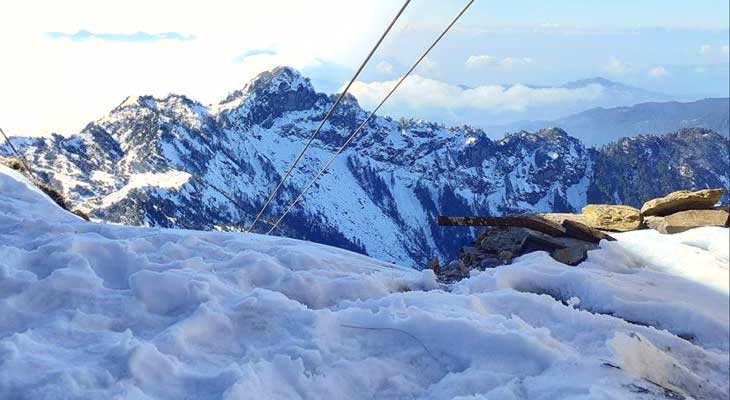 Kalinchok  Pilgrimage Tour in Nepal is the latest trend for international as well as domestic tourists.
Trip Details

Lomanthang Round Trip is the newest trekking package for walking lovers. This is the best trekking
Trip Details 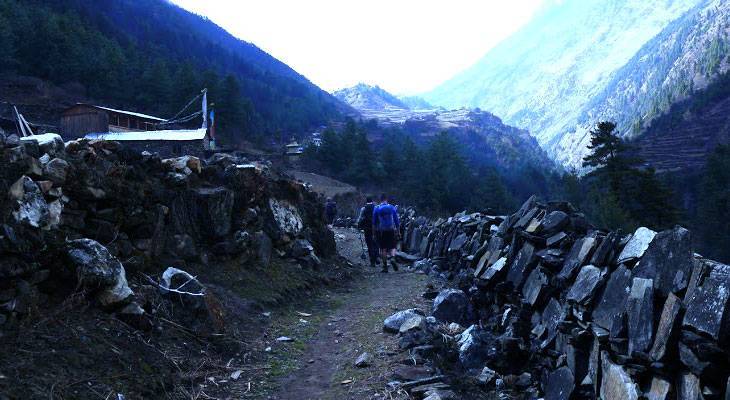 Manaslu Circle Trek in Nepal is a rural excursion. After the 2015 earthquake, the Manaslu Trekking
Trip Details 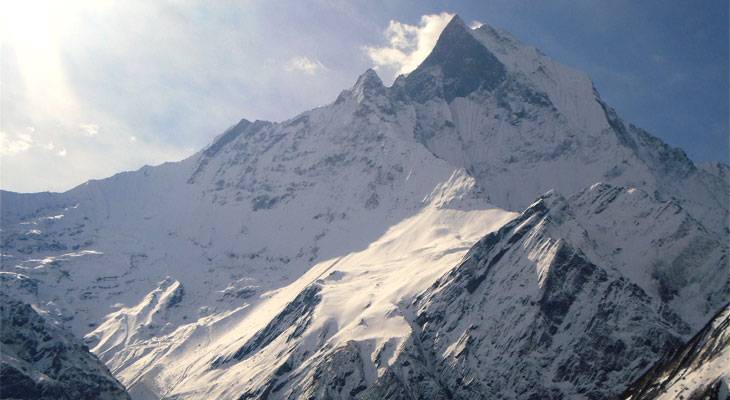 Mount Annapurna Base Camp Trek in Nepal is the most prolific walking destination. Are you searching
Trip Details 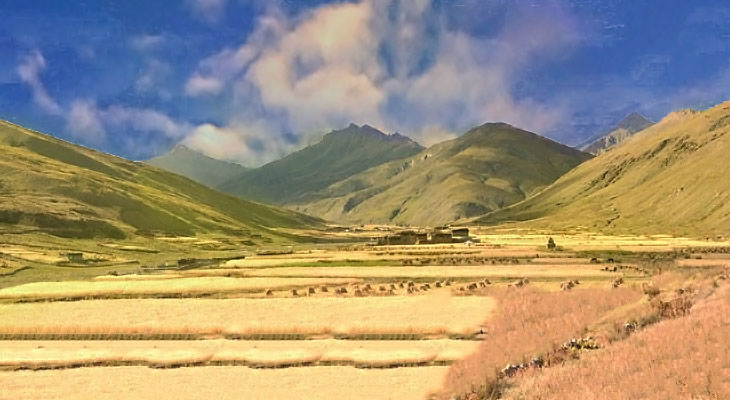 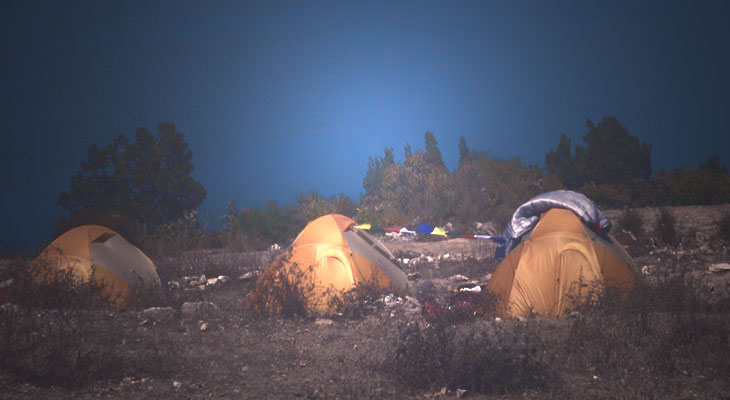 Is it true that you are looking for a long reroute brimming with a multi-ethnic group,
Trip Details

Ganjala High Pass Trek in Nepal is a challenging detour of the Langtang Region. This is
Trip Details 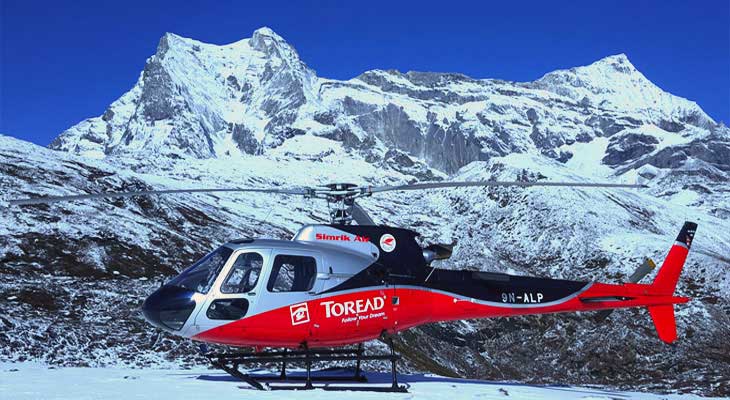 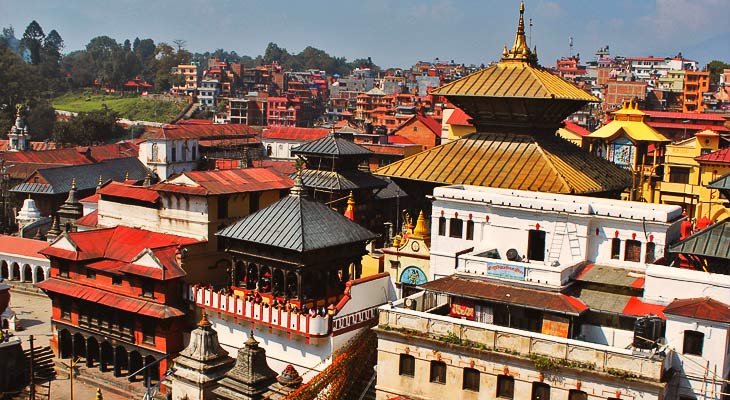 Kathmandu Valley Tour in Nepal is the most sellable travel package. The presence of century-old palaces,
Trip Details

The Patan durbar square is the oldest of the three cities of Kathmandu valley, dating to the
Trip Details 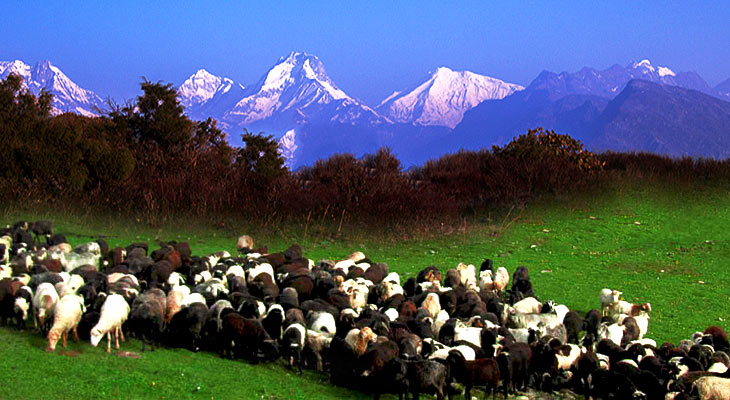 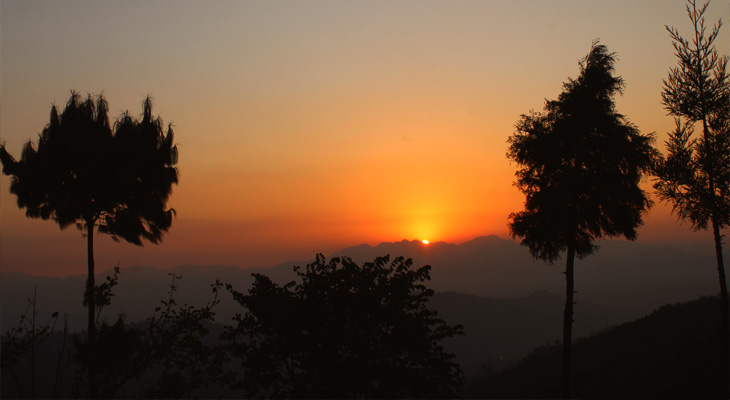 Kathmandu Valley is probably the most diversified capital city in the world. From the climatic perspective
Trip Details 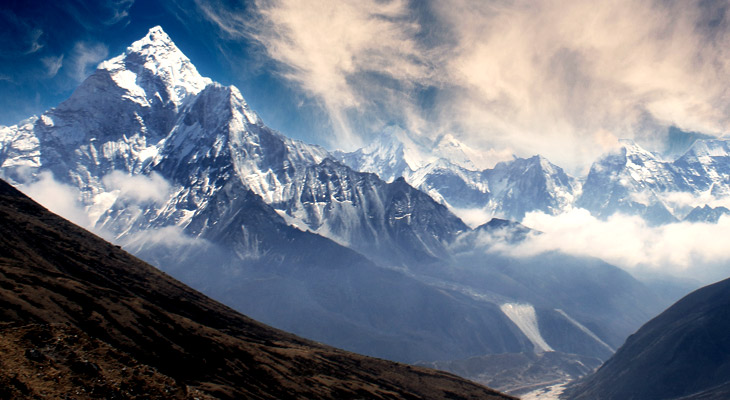 Lobuche Peak Climbing in Nepal is the best expedition for novice climbers. However, it requires great
Trip Details 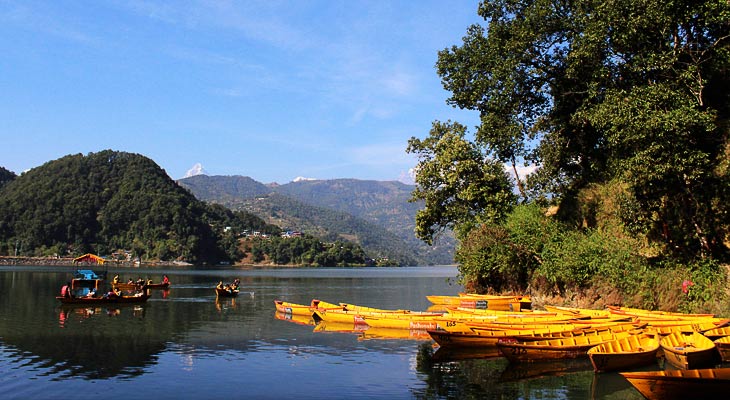 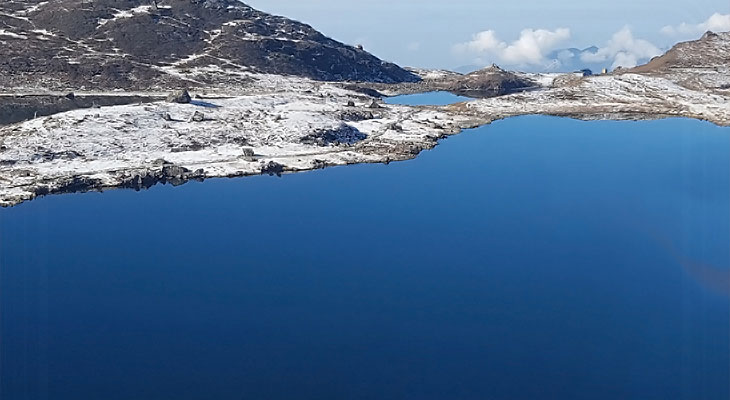 Panchpokhari Trek (five ponds) is the elevation of (4,100 m) ninth wetland all around the world.
Trip Details